Posted on April 14, 2011 by facesenvironment

Almost one year after the April 20th Deepwater Horizon explosion in the Gulf of Mexico (where up to 2,500,000 gallons of oil gushed each day for 88 days straight, covering hundreds of square miles of ocean surface with oil), Cherri Foytlin embarked on a 1,243 mile walk from New Orleans to DC to raise awareness for the continuing crisis in the Gulf. While national attention on the Gulf has dwindled and the Obama administration has approved its fourth deepwater drilling permit after a nearly year-long moratorium, Cherri’s family and neighbors are still struggling with the oil spill’s aftermath. Her family has lost $45,000 in income (her husband was an offshore oil worker), she has elevated levels of crude oil toxins in her blood and marine life in the Gulf  is still washing ashore dead, some covered in oil.

Cherri believes that the residents of Louisiana whose incomes depended on the Gulf have been unfairly punished by the spill’s resulting economic depression, bearing the burden while corporation executives continue to receive bonuses. She’s angry that the claims process for lost wages is slow and only set to cover 9,000 out of 23,000 jobless oil workers. She feels that her right to clean water and air has been threatened by the spill and cleanup. She’s furious that the EPA allowed the use of corexit, an oil dispersant banned in the UK and linked to health problems after the Exxon Valdez spill, and that they’re now denying the possibility that it’s making her community sick. She’s distraught that the Gulf ecosystem is incredibly destroyed and that baby dolphins, sea turtles, birds, and other marine life are dying.

Cherri wants to meet President Obama and legislators this week to encourage a bill that would protect clean-up workers and area residents from negative health effects after the spill. She wants a systematic screening and diagnosis process for people who believe they’ve been affected. She also wants stricter drilling standards and greater oversight, which she believes would have prevented the spill if in place. She views this walk as her final attempt to gain Obama’s attention after pleading to him last year on CNN to come down and visit the individuals affected by the disaster. She also considers her efforts to be part of an enduring mission to encourage citizen action and reclaim people’s power (just what this blog loves! :)). Cherri says:

“This is a pilgrimage of love for the people of the Gulf. I am taking their concerns about health, the economy, the environment and the claims process to the president of the United States. My walk is a universal and non-partisan event; it is about preserving our civil rights as a nation, and our human rights as a global community.

In the past, many of us have chosen not to participate in solving the issues of our day, only because we believe the causes are too many, or worse, we believe ourselves to be ineffective in their solution. This, my friends, is a great lie. Our lives are not rigid institutions of resignation and hopelessness. In truth, our country and our world is whatever we choose it to be, and everyday more and more people are making brand new choices.”

Cherri’s walk serves a crucial reminder that just because the oil has stopped gushing and the media has decreased its coverage doesn’t mean that the crisis is in any way resolved. There are still 4 to 5 million gulf coast residents that have been exposed to dangerous levels of oil and dispersants (-Dr. Riki Ott, marine toxicologist) and the cleanup effort has produced “an experiment in the Gulf, the likes that no one has ever seen” (-Dr. Pincetich, marine toxicologist). She provides an inspirational call to action on behalf of the Gulf region to ensure that such disaster will not happen again.

Posted on February 17, 2011 by facesenvironment

I met Curt Ellis last year when he traveled to Columbia University to showcase his new documentary “King Corn”. I was just starting to get really interested in the sustainable food movement at the time and knew a bit about U.S. production of corn from The Omnivore’s Dilemma, so I was interested in seeing what he and the film’s co-creator Ian Cheney had discovered during their journey. Curt and Ian are two Yale graduates who were curious about the origins of their food. After realizing that our generation has a shorter lifespan than our parents because of our eating habits, they started to keep track of what they were eating and discovered that their diets largely and unknowingly consisted of corn. Having no other post-college plans, they decided to drive out to Iowa for a year to plant one acre of corn using common industrial agriculture methods and document the journey of corn from farm to table to learn how it becomes such a major element of our food.

What they discovered was:

Curt followed his presentation of “King Corn” with his sequel documentary “Big River.” “Big River” takes a look at the disastrous effects of Midwestern corn production on the environment and human health. Because of the enormous amounts of pesticide/herbicide used on corn fields in order to augment yields, nearby waterways become contaminated with chemicals such as atrazine. The chemicals reach the Mississippi River and then travel all the way down to the Gulf. Consequently, fishing communities in the Gulf struggle to make a living as the water becomes uninhabitable for most fish and shrimp. Also, groundwater (drinking water) becomes contaminated from the farms’ pesticide/herbicide use. 33 million Americans have been exposed to atrazine through their drinking water and just in the farming community Curt and Ian lived in, half of the farmers’ wives have already passed away from cancer. Lastly, Curt examines farming’s effect on climate change and finds that erosion caused by the overburdened, degraded topsoil (from heavy-duty agricultural use) has decreased Midwestern soil’s ability to store carbon, thus sending it back into the atmosphere.

Both films are fantastic and Curt was dedicated enough to share his films that he gave all attendees at the screening copies of both movies. If you want to borrow either, let me know! As for Curt’s latest projects, he has started a really cool initiative to institute food gardens at public schools in high childhood obesity areas. The AmeriCorps program under development (please don’t let AmeriCorps end!!!) is called FoodCorps and will begin August 15, 2011 (how exciting)! Curt and Ian also now own their own production company, Wicked Delicate. In addition, they have created “Truck Farm,” a 20-member CSA operated out of the back of Ian’s pickup truck in Brooklyn (it’s possible!) 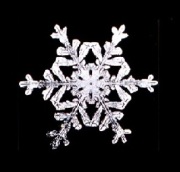